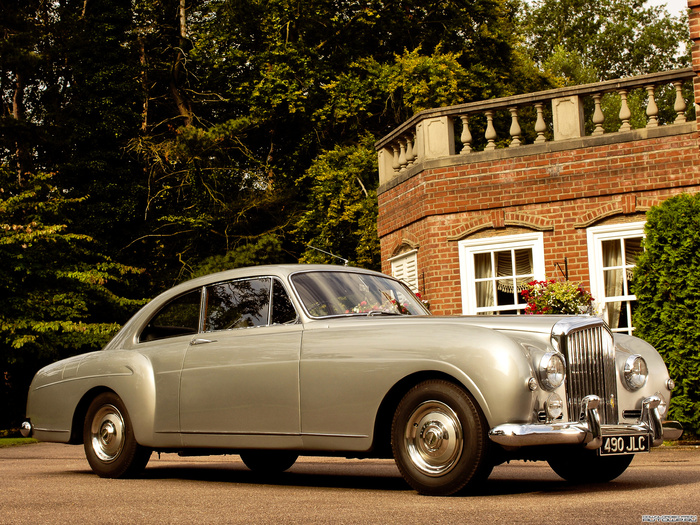 The Bentley S1: End of the R Type

Sleek and unmistakable, the Bentley S1 remains one of the automaker’s most iconic vehicles, and birthed a series that would run until it was replaced by the T series in 1965. While the car was manufactured from 1955 to 1959 (for the S1 only), there were only 3,538 produced, making it very scarce today.

The Bentley S1 replaced the outgoing R type, which had been in production (with periodic changes) since the mid-1940s. As such, there were quite a few differences between the two vehicles, although both were luxury cars. The new model had a longer wheelbase than the R type (by three inches), and it also had a lower stance without sacrificing any headroom for drivers or passengers. Originally, the wheelbase was 123 inches, but it was lengthened again in 1957 to 127 inches. The S1 was designed to seat five to six people in comfort, whereas the R type could accommodate four to five.

Other differences between the two models included a softer suspension on the S1 for better comfort, as well as improved braking and lighter steering. The engine size was increased to a 4.9-litre straight-6 with a 4-speed automatic transmission, producing 180 bhp. In fact, the automatic transmission eventually came standard on the S1’s replacement S2, and there was no manual transmission offered.

While the two-door coupe version was popular, the four-door saloon (the Continental Flying Spur) was the more popular of the line. It was also the basis for the Rolls-Royce Silver Cloud, and there were very few differences between the two cars, other than the grilles and badging.

In terms of performance, the Bentley S1 managed a respectable 103 miles per hour, with a 13.1-second time to get from 0 to 60 miles per hour.

Production of the S1 was ended in 1959, and the S2 took its place. While the body style remained very similar, there were substantial changes elsewhere. Perhaps the most important was the removal of the 4.9-litre straight-6 engine and its replacement with a 6.2-litre V8 engine made with all aluminium to reduce weight. The same engine was used in the Rolls-Royce Silver Cloud II (which was again virtually identical to its Bentley sibling). The S2 also featured an automatic transmission as standard equipment, power steering and electronic ride control, along with “redesigned” air conditioning. Most S2 models were factory built, but a handful had coachbuilder bodies.

With so few S1 models produced, it is a true collector’s item, and models in very good condition can command very high prices on today’s market. Even fewer S2 models were produced, making the S1’s descendent just as valuable to collectors.