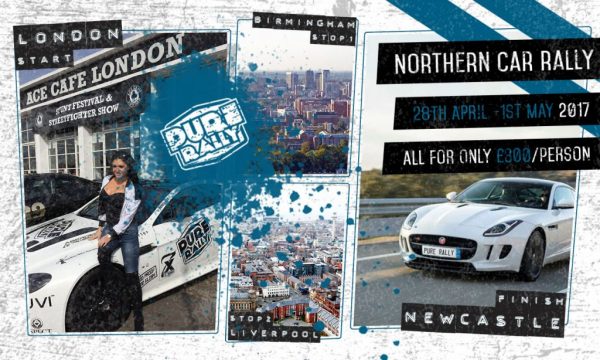 Is the Pure Rally Northern Car Rally Worth Your Time?

Love rally racing? Maybe it’s the skill required to navigate surfaces ranging from tarmac to forest roads at speed. Perhaps it’s the thrill of pitting yourself against nature, with only your navigator or co-driver. On the other hand, it might be the sense of camaraderie that develops between drivers during a rally. Whatever the case, there are plenty of races held throughout the year in the UK. Pure Rally is one of the largest rally race organisers in the nation, and their Northern Car Rally sounds like it might be a great deal of fun. Is it right for you?

First, the race is limited to a maximum of just 60 cars, so you’ll need to get your name in early or you risk not having a spot reserved. Also, the booking order determines where you start the race, so the sooner you get your information in, the farther toward the front of the pack you’ll be. While starting position isn’t as crucial in rally racing as it is in other types of racing, it does matter.

Second, you’re required to have at least two people in each car, so if you’re a solo driver and have no one to act as your co-driver, you might be out of luck. If you don’t currently have a regular co-driver/navigator, consider asking friends, family or even co-workers if they’d care to take part.

The race itself runs from the 28 of April through the 1st of May, and it starts in London. From there, you’ll navigate through Birmingham, Liverpool and Newcastle, stopping along the way for food and drink, as well as for several planned parties.

The cost of your ticket includes quite a bit. You’ll get access to all the parties along the way, as well as the cost of your hotel rooms with breakfast. You also get a full driver’s pack with the routes outlined and highlighted for you, and you get security for your vehicle at night while you’re stopped.

This year’s Northern Car Rally starts out with a lunch at Ace Café in London, followed by a bit of karting in Birmingham. Following this, you’ll go to your hotel and then finish up the night with a sponsored party. The next day, the race will reach Liverpool, with lunch in Wales. After lunch, you’ll reach your hotel, and enjoy both a pre-party and then a full party at Club Mondo. Finally, you’ll reach Newcastle on the last leg of the race. Note that this portion of the race is held on A-level roads. You’ll finish the night with a stop at your hotel before the final winner’s party is held, and then the full celebration at BonBar.

If this sounds like just the thing for your motoring enjoyment, get your name in the hat quickly, or you’ll have to wait until 2018 for your chance.