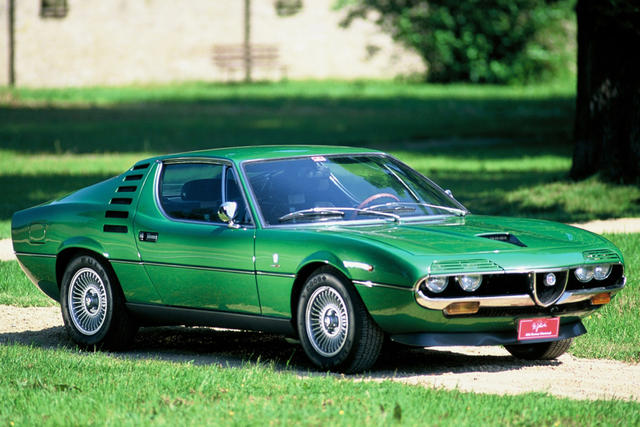 Differences between Concept and Production

Over the seven years it was officially available, the Montreal saw very few updates or changes. In fact, Alfa Romeo had already stopped production of the vehicle before it officially was discontinued. While the car was initially popular with consumers, the high price tag meant that sales were ultimately slow, and Alfa Romeo had a difficult time unloading its existing inventory.

The Origin of the Moniker

It’s interesting to note that Alfa Romeo originally debuted what would become the Montreal at Expo 67 without a name. As the expo was held in Montreal, consumers began calling the car by that name. When production began,Alfa Romeo simply kept the name.

The Question of Numbers

Alfa Romeo followed a very circuitous production cycle with the Montreal, which has rendered it impossible to find a correspondence between chassis numbers, engine numbers, and other designations. The car was produced in several stages, in several different locations – the chassis and engine were produced at Alfa Romeo, and then sent to Bertone, where the body was fitted to the chassis. This was then sent to another location for painting, and then the car returned back to Alfa Romeo in Arese for final fitment.

In Conclusion
Ultimately, despite its iconic front end, side vents and historically powerful engine, the Alfa Romeo Montreal died an unpopular car. Only 3,900 models were produced over the course of seven years of production, meaning that surviving models are quite rare. This has led to an increased demand for the vehicle by modern collectors able to afford the high price tag (the Montreal topped out at around £7,000 back in 1977, and has only become more valuable since).