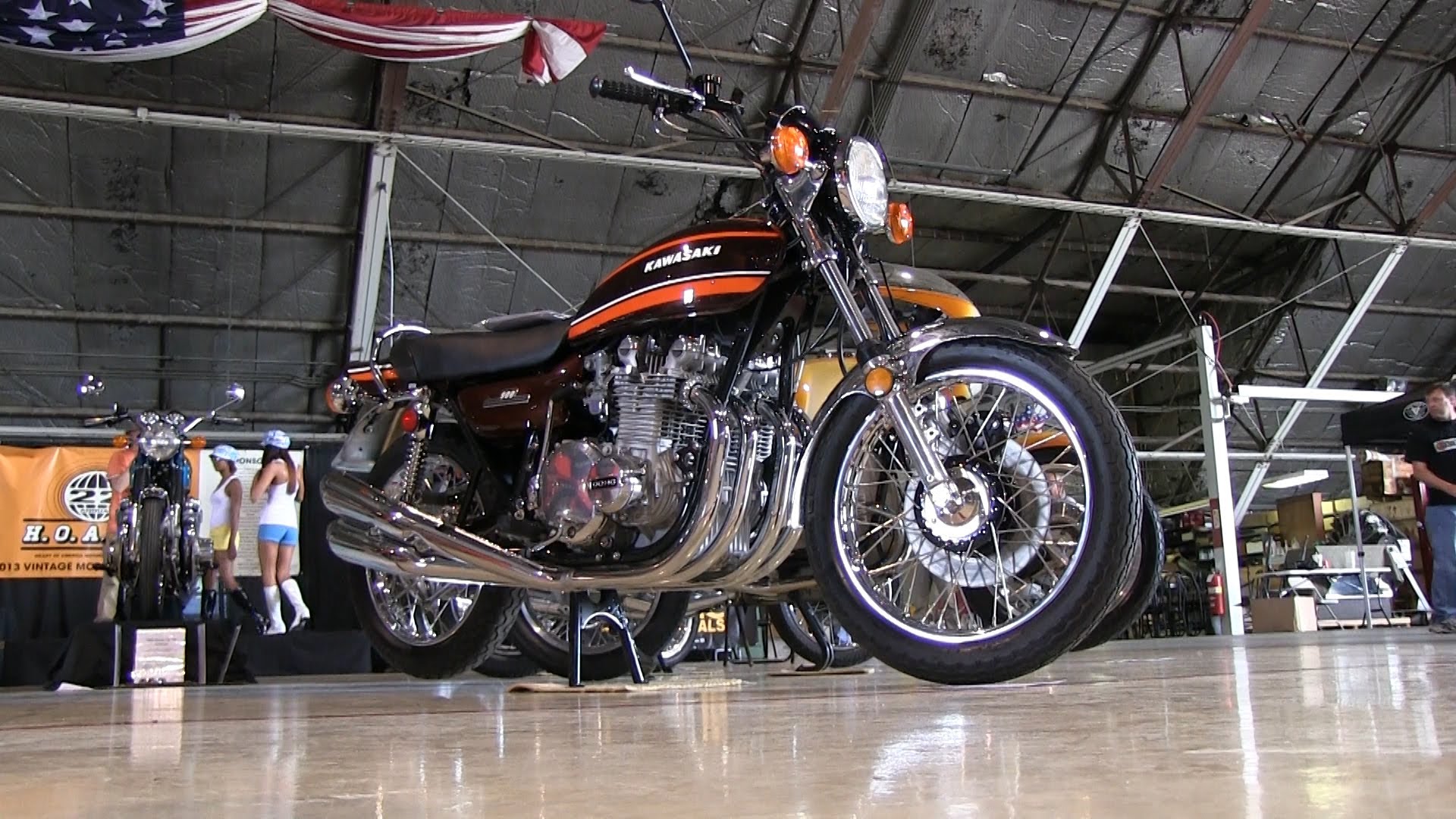 The Classic Kawasaki Z Series: Power and Performance in a Classic Package

While Honda’s CB 750 was actually the first ever superbike, it was only a few years later that a challenger for that title arose. It came in the form of the Kawasaki Z1 and then later with other Z models. It debuted in the UK back in 1973, four full years after Honda’s offering hit showrooms throughout the country. However, it was enough to split the market in terms of popularity, and it has become one of the most highly collectible classic bikes of the era.

It’s interesting to note that while the Z1 would have to wait four years to come to the UK, the bike was actually in development at the same time as Honda’s CB 750. Honda beat Kawasaki to the market, though, so the manufacturer decided to hold on to the 750 they were building, and revise it with a new, larger engine. If Honda had been a little slower in development, we might have a Kawasaki 750, rather than a 900. Because they chose to wait, the Z1 became the most powerful Japanese 4 cylinder 4-stroke engine ever to come to market (at that time).

The original engine was a DOHC 903 cc air cooled inline four-cylinder engine. It managed to produce 82 bhp, and had a top speed of 132 miles per hour. It also featured a manual five-speed gearbox. During its production run from 1972 to 1975, Kawasaki managed to sell 85,000 Z900 motorcycles. It was eventually replaced with the KZ900 in 1976. Interestingly, the Z1 won the MCN Machine of the Year award each year of production.

In 1976, Kawasaki shelved the Z1 and introduced the Z900. In many respects, it was the same bike, but there were quite a few differences. The classic style and design were the same, but much of the bike was reengineered. It featured new gauges, as well as newly designed carburettors, better brakes (dual disc brakes in the front) and an overall better frame.

The new bike had one horsepower less than its predecessor, and was 25 pounds heavier. While it might seem logical that this would have a negative effect on the bike’s handling, the reverse seems to be true. Quite a few authorities noted that the motorcycle now handled better on a wider range of terrains, and particularly at higher speeds.

The Z900 was only produced for a single year before it was replaced by the Z1000. This was pretty much an identical design as the Z900, but it featured a larger engine – a 1015 cc engine. It also gained disc brakes in the rear. Despite the increase in both bhp and the larger engine, the Z1000 actually saw reduced performance in comparison to both the Z900 and the older Z1.

Today, the Z1 is the most sought after of the Kawasaki Z bikes from the 1970s, followed by the Z900. Both models are widely available in good condition as well, making them easier for a beginner to start collecting.