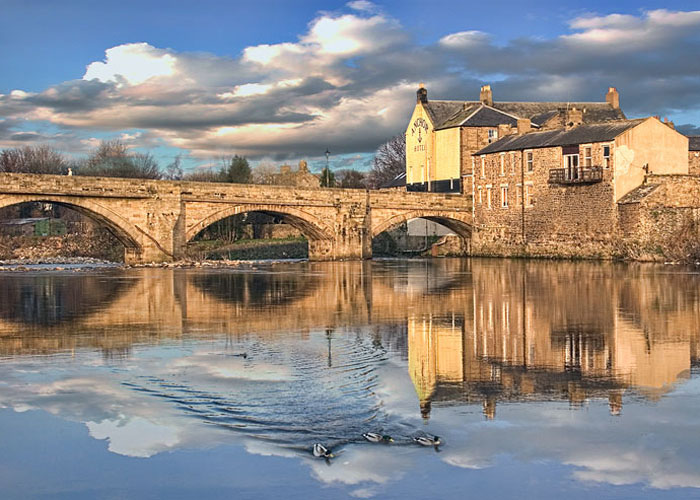 Penrith to Haydon Bridge: The Roof of England Tour

While the UK is filled with plenty of challenging drives, the Roof of England is a prime spot for a bit of driving excitement. The trip from Penrith to Haydon Bridge takes you through some of the most majestic areas in the UK, and pits your skills against very challenging twists and turns.

Where Is It At?

The route you’ll be driving begins in Penrith, in Cumbria, and runs through to Northumberland. It’s actually been dubbed one of the greatest drives in England. You might be familiar with Top Gear’s ranking of the route as well, putting it at #9 of the top 10 in the nation.

You’ll be driving the A686 across the Roof of England – a route spanning the distance between Penrith in Cumbria to Haydon Bridge in Northumberland. The bends can be incredibly steep, which makes this route popular with not only car drivers, but also with motorcyclists. In total, the route runs 38 miles, although it will take you over an hour to drive that distance. The maximum elevation is 577 metres. It can also be driven both ways, from Penrith to Haydon Bridge, or the reverse.

Because of the route’s popularity with motorcyclists, you’ll do well to keep an eye out for police who like to patrol the area. Other than that, you’ll find that you have more than you might have expected. There are stunning views out over the countryside, as well as several sections that are lined with trees. However, the long, sweeping road sections are probably the most popular with car drivers.

While the drive is the main draw here, there are quite a few places of interest along the route. Haydon Bridge is home to the Anchor Hotel (Grade II), and it offers a wonderful view over the Tyne River.

Another option is the Cupola Bridge (Grade II), which was built in the 1700s, as well as the Holy Trinity Church located in Whitfield. If you’re more interested in high street shopping, then a stop in Alston is in order. It’s one of the two highest market towns in England, with an elevation of 300 metres.

Hartside Summit is the pinnacle of the drive, with an elevation of 580 metres. From here, you’ll enjoy some of the most tremendous views over the Lake District. If the day’s clear, you can actually see Scotland from this vantage point. There’s an area set aside for parking if you’d like to enjoy the view for a little while.

A Word of Caution

Whether you start from Alston or from Penrith, there will be steep downward curves after you reach Hartside Summit. It’s best to use care here, particularly if the weather isn’t fair. It’s also worth noting that the junction east of Haydon Bridge is deemed “poor”, and caution should be exercised here.

While it might take only an hour, this route is one of the best in the country for both stunning views and challenging curves.