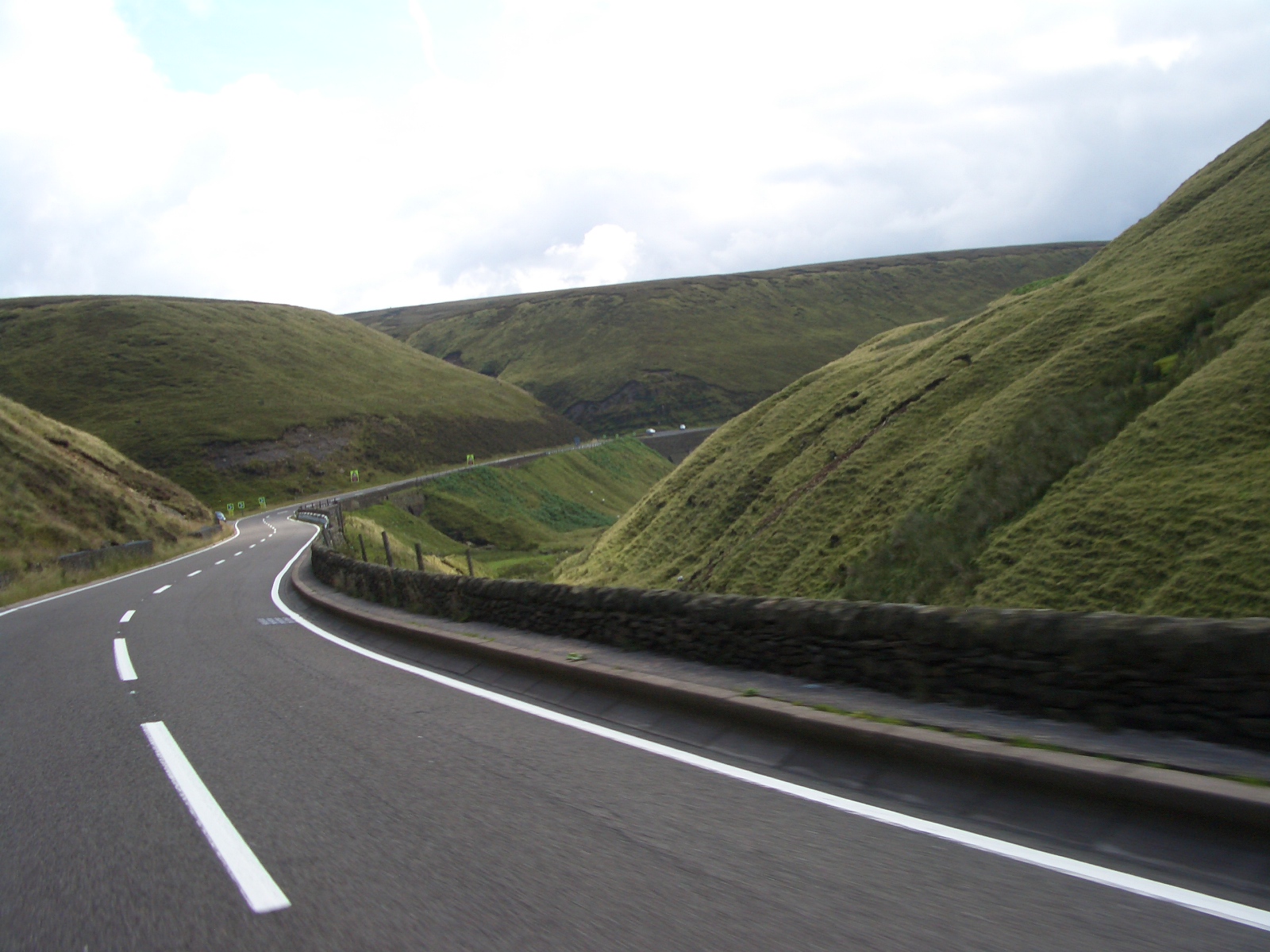 Great Britain is chock-full of great road touring options, but there are a handful that stand out from the pack due to their challenging nature, as well as the views afforded from the road. One of those is Snake Pass – it’s a stunning drive, and you might find your driving skills put to the test during this run.

Snake Pass is a mountain pass in the Peak District (between Manchester and Sheffield), and it ties in with the Cat and Fiddle tour if you’d care to combine the two. Auto Trader actually named Snake Pass one of the “Best Drives” in the UK in 2009, and we agree. It runs through the National Trust’s High Peak Estate, and is technically located in Derbyshire within the Hope Woodlands parish.

The pass crosses the Pennines, and as you’d imagine, it is quite twisty. There are several blind summits, as well as dangerous curves. If you plan to tackle the pass, do so during the spring or summer. Winter brings the potential for serious snow accumulations, and this is one of the first roads closed in Britain due to snow.

While the road through Snake Pass does run father, the touring section is generally from Ladybower reservoir to Glossop. Take the route further, and you’ll find yourself deposited in the heart of Sheffield. The area has seen a decline of through traffic since the 1980s as the northern Woodhead Pass route is at a lower altitude, and has fewer dangerous curves. It also connects directly with the M1 rather than leading to the centre of town.

That traffic reduction is good news for drivers hoping to tackle the pass’s curves and blinds, as it reduces the risk of encountering another motorist, while also offering virtually unobstructed views. Those views are very compelling, and were rated as some of the best in all of England. The Auto Trader rating for the pass also included a footnote that drivers would enjoy “unparalleled views over Manchester”.

With that being said, Snake Pass has also become popular with bicyclists who often take this route to meet at the Snake Pass Inn or at the Café at Glossop. Interestingly, the Snake Pass Inn was originally named the Snake Inn, and the pass was named after it. Later, the inn’s name was changed for the pass.

The route takes you through twists and turns, but also significant changes in elevation. The maximum elevation here is 512 metres, but you’ll find that it changes drastically as you drive along. A word of caution – the road can be quite treacherous in adverse weather, so slower driving is recommended during rain, and you should avoid driving it during winter weather.

If you’re looking for a scenic drive that also provides plenty of challenge for your skills, Snake Pass is an excellent option. Don’t forget that it can be paired with the Cat and Fiddle tour as well for even more driving enjoyment.