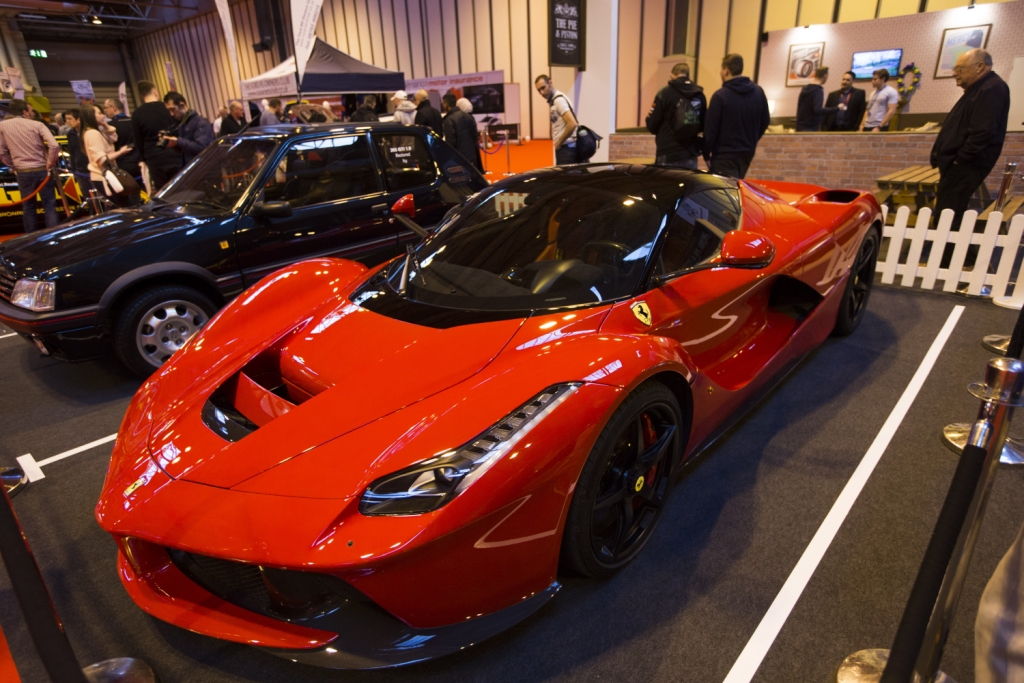 While Britain hosts a significant number of car shows and motor fairs throughout the year, there are a few “must experience” options. One of those is the Performance Car Show held at the NEC in Birmingham. While 2016’s show has already happened, it’s not too soon to start planning for the 2017 show.

What’s the Performance Car Show All About?

According to the NEC, “leading marques and manufacturers will be on display in the Performance Car Show in association with Autocar and PistonHeads.com. With iconic brands like Lamborghini, Ferrari, McLaren, Aston Martin and Porsche, the show is the ultimate destination for performance car aficionados”.

The show actually takes place across a span of four entire days. It will begin on the 12th of January 2017 and run through the 15th. All visitors to the Performance Car Show also gain access to Autosport International.

There are quite a few popular features each year at the show. In 2016, Coys Auction was one of the most highly attended events, although the live action arena is always a huge draw, as well. Here, visitors can actually watch (and, in some cases, participate in the fun) as some of today’s highest performance vehicles strut their stuff.

A number of car clubs are present with drivers showing off their vehicles, and the Autocar supercar display is always worth a look. One of the more popular features at the 2016 show was The Pie and Piston, a “pub” created by PistonHeads.com. Here, visitors were able to grab a drink and a bite to eat while mingling with drivers and actually getting a first-hand view of the cars on exhibit.

Another popular feature was Hot Hatch Nirvana. Here, attendees were able to get up close and personal with some of the hottest hatchbacks in the industry, from cars like the Mark I VW Golf to today’s super-fast hatchbacks.

You can’t talk about the Performance Car Show without at least a brief mention of Autosport International, the event that takes place alongside the car show. It’s the largest indoor preseason motorsport event in Europe, and the show will be celebrating its 27th anniversary in 2017. It covers over a million square feet of floor space, and attendees will be treated to first-hand experience in all areas of motorsports, from karts to Formula 1. Interestingly, the show draws a very wide range of attendees. There are motorsport fans, of course, but it’s also highly attended by industry professionals, manufacturers, suppliers and many others.

If you’re a fan of motorsports, and will be in the Birmingham area in January 2017, now’s the time to buy your tickets. This is a “can’t miss” experience that offers everything from food and drink to the chance to get inside actual race cars. Note that for Autosport International, January 12th and 13th are “trade only” days, while the public is welcome to attend on the 14th and 15th. The Performance Car Show is open to the public for the entire four-day run.