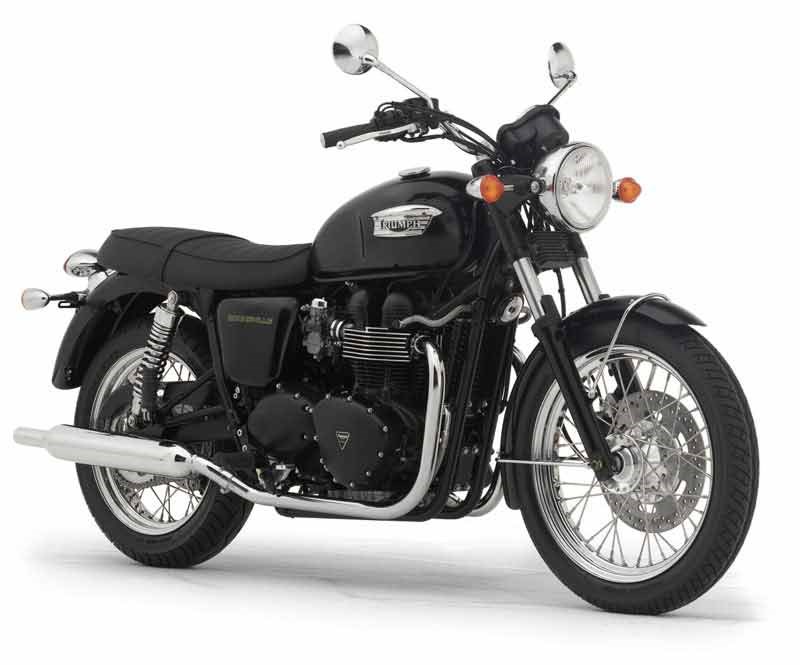 When it comes to classic British motorcycles, there are quite a few makes and models that demand the attention of collectors. Unquestionably, one of those is the Triumph Bonneville. The bike has been produced at three different points in history, by two completely different manufacturers, and remains a very popular option.

The “Bonneville” aspect of the bike’s name was not originally included by the manufacturer (then, Triumph Engineering, out of Meriden, West Midlands). It was the Triumph T120. However, the bike’s extensive testing and outstanding performance at the Bonneville Salt Flats in the US inextricably linked the names. The first production run lasted from 1959 all the way through 1983.

The T120 was eventually replaced by the T140 in the 1970s. This version featured a 750 cc engine. Note that the first T140s actually had a 724 cc engine and retained some of the hardware from the T120. The engine was later bored out to 744 cc, and most of the T120’s hardware replaced with equipment designed for the new heavier bike.

The Bonneville ceased production in 1983 when the manufacturing plant closed. The name was purchased by John Bloor, who then licensed the name to Racing Spares, out of Devon. This company continued to produce the T140 Bonneville through 1988, when production stopped.

The Triumph Bonneville remains in production to this day. The current generation began in 2001 when a new company was founded by Bloor – Triumph Motorcycles Ltd. This new model was the Bonneville 800, which featured a 790 cc engine. Originally, all of these models were produced in the UK. However, some production shifted over time, and,today, a portion of it is completed in Thailand.

The current design for the Triumph Bonneville is strongly tied to the original aesthetics, although featuring modern updates. As of 2007, all Bonnevilles feature an 865 cc engine with electronic fuel injection. Note that in 2016, the company introduced a new version of the original T120, featuring a 1200 cc, liquid cooled, SOHC engine. Anew T100 version was introduced in 2017, featuring a 900 cc engine.

While the Bonneville might remain in production, collectors know the real jewel is the original version that started production in the 1950s. The original T120 model is the most collectable, with the highest value being assigned to the earliest models. However, even early T140 models have good collectability. It’s primarily the first generation that sees the most demand, but as the second generation becomes harder to find,expect those models to increase in value and demand, as well.