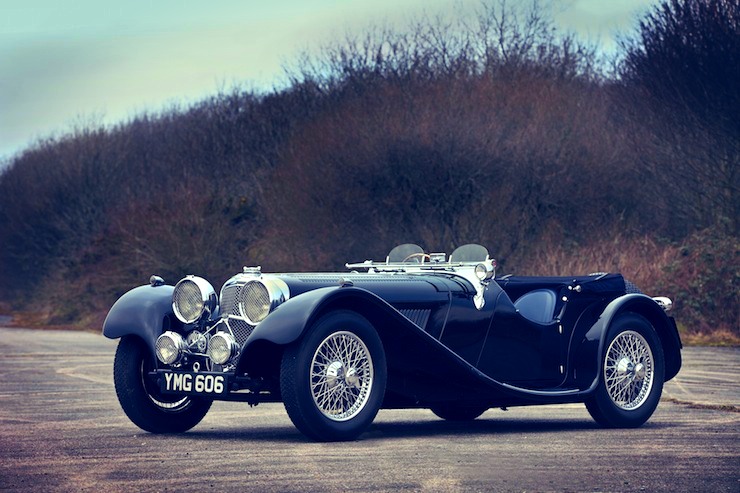 Today, most of us are familiar with the Jaguar marque – it’s become synonymous with luxury, power and performance. While the brand has been sold and resold many times during its history, it originally started as a British car brand, and remained so for quite a long time. One of the company’s most iconic vehicles, and the one that kick started the Jaguar name, was the SS Jaguar 100.

What’s with the Name?

The SS Jaguar 100 boasts a rather unique name for several reasons. To modern fans, it seems that the taxonomy is incorrect – shouldn’t the Jaguar int he name come before the SS? Actually, it shouldn’t. It’s correct the way it is. At the time, Jaguar was not a brand. It was nothing more than an animal name chosen for use with a new saloon produced by SS Cars Ltd. out of Coventry, England.

At the time, it was common practice to use animal names with cars to denote power, performance, regal demeanour, speed and other characteristics.When the company submitted “jaguar” to Sir William Lyons, he approved it, and it was adopted for the new 100. Ultimately, it would go on to be applied to all the cars produced by SS Cars Ltd., and then to the entire automaker. The automaker changed its name to Jaguar at the end of WWII to avoid the connotations with Nazi Germany. It should be noted that this car also saw the first use of the Jaguar “leaper” – the iconic leaping jaguar that has become the brand’s hallmark, today.

The SS Jaguar 100 was produced from 1936 through 1940. For its entire production run, it was a two-seater roadster that boasted a straight-six engine. The engine began as a 2663 CC affair, but was upgraded to a 3485 CC engine by 1938. The 100 in the car’s name was chosen based on the vehicle’s theoretical top speed – 100 miles per hour. It also boasted 100 bhp, an increase of 30 bhp over the previous version of the same engine used in the 2.5-litre saloon that preceded the 100. The 1938 engine upgraded also boosted performance, bringing the 100 up to 125 bhp.

Despite the car’s name indicating otherwise, testing in 1937 found that its top speed (with the windscreen lowered) was actually 95 miles per hour, rather than 100 miles per hour. The addition of the 3.5-litre engine brought the top speedup to 101 miles per hour, though, providing truth for the company’s marketing claims. By that point, the car was capable of going from 0 to 60 miles per hour in 10.4 seconds.

Today, the 100 is considered one of the most iconic Jaguar cars ever produced, particularly for its overall body style and proportions. It is also very rare, with fewer than 400 models produced throughout its production run(198 2.5-litre models and 116 3.5-litre models).