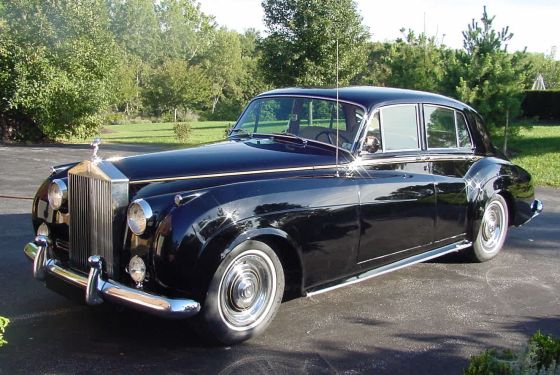 When it comes to British automakers, Rolls-Royce is likely one of the first names that comes to mind, followed by Bentley, Aston-Martin, Austin-Healey and the rest. However, when it comes to luxury, prestige and sheer polish, few compete with Rolls-Royce. Henry Royce’s driving motivation was not to create an affordable “everyman’s car”, but to create the best car possible with no regard for cost. The Silver Cloud embodied that motivation beautifully.

Before we can discuss the Silver Cloud, it’s helpful to know a bit more about Rolls-Royce itself. The two founders, Charles Rolls and Henry Royce, met and joined forces in 1904. While both men were very different, they shared a passion to create the best car in the world. That culminated with the birth of a line of incomparable vehicles that, despite financial setbacks, continues to this day.

Rolls-Royce saw many years of successful production with marques like the Silver Ghost, the Phantom, Phantom II and Phantom III, and the Wraith. However, the Silver Dawn was perhaps one of its most memorable. That meant planning its successor was crucial. The company spent four years designing and testing what would eventually become the Silver Cloud, an iconic saloon that would be manufactured for 11 years.

The Silver Cloud, while similar to the Silver Dawn in appearance, differed in a few key areas. First, it was slightly longer than its predecessor, while also offering more interior room for passengers. The body was also lower than the Dawn, which made getting into and out of the car easier. Finally, the engine was improved – a 4.9-liter inline-six was used in the Silver Cloud I.

Over 2,200 Silver Cloud I models were produced from 1955 to 1958, when production moved to the Silver Cloud II. Like the I, the II was a four-door saloon, but it was powered by a 6.2-liter V8 engine. There were also two-door variants available from other coachmakers, including a coupe and a convertible model. Electric power windows were also offered as optional equipment for the first time.

The Silver Cloud III debuted in 1963 and would run through 1966 when Rolls-Royce stopped manufacturing and shifted to the Silver Shadow. While the III featured the same 6.2-liter V8 engine, it had been optimised for better power (up to 7% increase according to Rolls-Royce at the time). The car’s weight was also reduced to improve handling and fuel economy. This model also featured the dual-lens headlights, while previous Silver Cloud models used only single round headlights on each side.

While Rolls-Royce would go on to manufacture many other iconic luxury vehicles, few captured the spirit of refinement and popular imagination the way the Silver Cloud did. Even Elvis Presley and Frank Sinatra owned the car.

Today, the Silver Cloud remains one of the most collectible classic luxury cars, alongside the 1960’s Silver Shadow and the 1950’s Silver Dawn models.