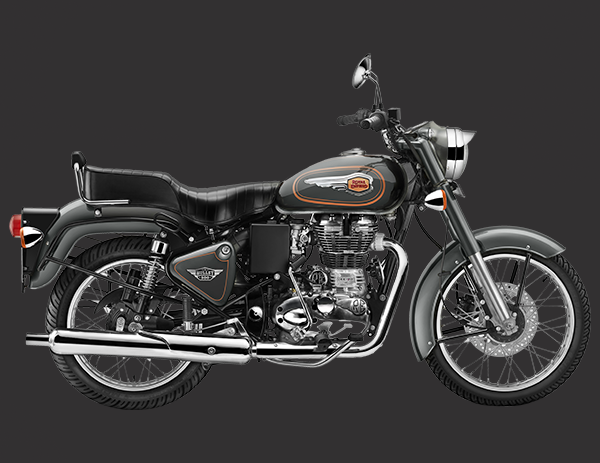 While there are more than a few well-known classic motorbikes hailing from the UK, few have attained the fame of the Royal Enfield Bullet, which has been in production since 1931 through to today (although now under the ownership of Royal Enfield India). The Bullet might not have the same cultural significance of the Norton Commando, or the Triumph Bonneville, but it remains a highly sought after bike, particularly models from the early years.

The original Bullet debuted back in 1931. It used a four-stroke engine with just one cylinder, but it featured a number of design elements that would later become standard, including an inclined engine stance. Royal Enfield produced both 350 and 500 cc versions, and added a 250 cc option in 1933. The same year, the Bullet was entered into a competition and emerged as the winner – the British Army purchased 3,000 of them for use in the war effort (WWII).

The bike remained largely unchanged for several years, but Royal Enfield finally updated it in 1939. Those updates were modest, and included little more than a few cosmetic adjustments and the addition of two rocker boxes to help improve the efficiency of the engine.

From that point, it would be another 10 years before Royal Enfield implemented more than minor changes to the Bullet. In 1949, the manufacturer introduced a new engine manufactured with alloys and installed in a vertical position. A fully-sprung frame was also designed and a new bench seat was added. However, the same gearbox was retained – a four-speed model.

The same year, the Indian Army ordered a large number of motorcycles for use in patrolling the nation’s borders, and Royal Enfield chose to open a manufacturing centre in Madras that eventually produced 20,000 models per year.

It is these early-run bikes that are most sought after by collectors and restorers in the UK, and that hearken back to the heyday of British motorcycle manufacture.

In 1959, the Bullet was again updated to feature near gear ratios, as well as additional cosmetic changes. The company also introduced new variants, including a 350-cc model dubbed the Clipper. The Airflow model followed. In 1961, the 500 cc model was completely discontinued, and just a year later, the company was sold. The Indian branch of the company remained in operation. It also continued to produce the original Bullet almost without any changes from the initial design as sold to the Indian government.

Today, the Bullet remains in production, although it is no longer British owned or manufactured. With that being said, the Bullet has been radically redesigned to reflect the increasingly tough environmental laws of the UK and Europe, though the modern interpretation does carry over many styling cues from the popular original line. The bike maintains its relatively short frame, and the “classic” offers just a single seat (available in both 500 and 350 models).