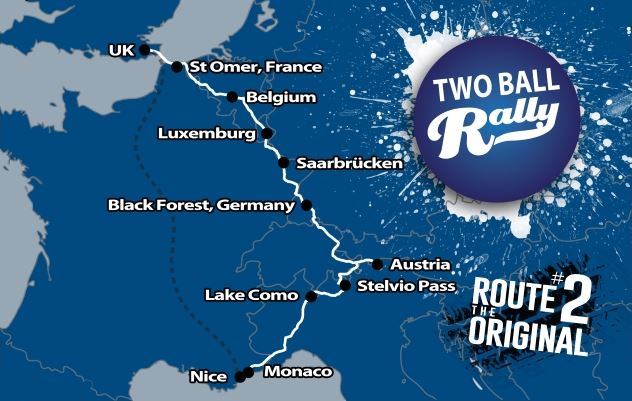 While the UK is home to plenty of rally races both large and small, there are several that span the continent that might be worth your time. The Two Ball Banger Rally might just be one of those, particularly if you’re interested in a race that has few rules. Actually, the organisers do say that this is not a “race”, but it is a competition. It’s similar in nature to the Cannonball Run race that’s held in Europe (and across the Pond in the US), but there are some key differences.

What’s the Banger Rally All About?

Before we touch on the route or anything like that,let’s consider the most interesting thing about the Two Ball Banger Rally.There’s no requirements on cars, other than you have a limit of spending just over £500 if you’re buying one specifically for the race. Other than that, the sky’s the limit. Own a super car? Bring it. Own a junker that’s held together mostly by rust and wishful thinking? Bring it. The organisers go to great lengths to stress that anyone, with any type of car whatsoever, is free to enter.

So, where does the rally take place? Actually, its pans four days, and covers nine different countries. It starts in France, and then runs through Belgium, Luxembourg, Germany, Austria, Switzerland, Italy and Monte Carlo before returning you to France once more. Note that this is just one of three options. When you sign up, you can choose the original rally, the beach rally, or the lakes rally. Each is different, but covers the same amount of distance.

With the original rally, you’ll encounter quite a few of the most popular sights in Europe, including Germany’s Black Forest, Lake Como, Stelvio Mountain Pass, and Monaco to name only a few. The organisers have done a fine job of delivering a very challenging route that includes twisting mountain passes, hairpin turns in deep forests, narrow tracks with plenty of twists and turns, and other hurdles that you’ll need to overcome.

The event kicks off with travel from the UK to France,where you’ll meet in Saint-Omer. There, you’ll enjoy beer and food, before heading off to bed to prepare for the first day of racing. The next day you’ll cover almost 300 miles as you travel through France, Belgium and Germany before bedding down for the night.

The second day of the race sees you completing 329 miles as you leave Germany and enter Austria. The third day requires you to cover 249 miles through treacherous mountain passes and deep valleys in Austria, Switzerland and Italy. The final day requires you to complete 236 miles through Italy, Monaco and then finally France before attending the final party and the award ceremony in Nice, France.

Whether you’re interested in the original rally, the beach rally or the lakes rally, Two Ball Rally has something to offer pretty much everyone.