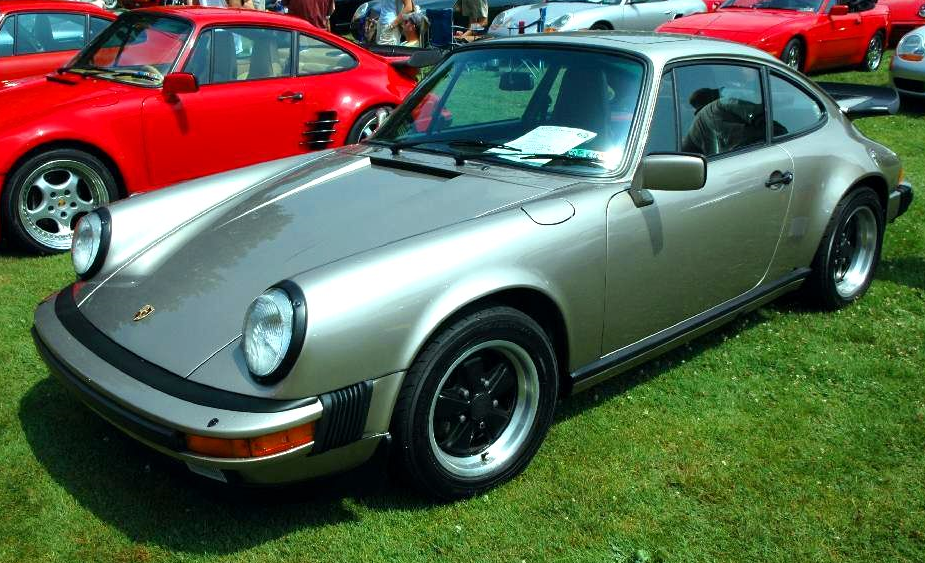 When it comes to iconic road machines, few marques have the recognition that Porsche enjoys. While the automaker has produced some very memorable cars more iconic than the 1985 Porsche Carrera 3.2 Coupe, such as the 1973 2.7 or the 2.7 RS, the ’85 entry was pretty notable for a number of different reasons.

The Exterior
When you think of Porsche coupes, chances are this is the body style that comes to mind first. It featured the trademark Fuchs alloy wheels, as well as the “whale tail” spoiler (talk about instant recognition). The headlights built into raised front fenders and the low, swept hood, and the raked back windscreen are just a few of the visual design elements that make this such a popular model.

Under the Bonnet
Open it up, and you’ll find Porsche’s 3.2 litre flat-6 engine. It was air and oil cooled (no water here), and managed to produce 231 bhp with 284 Nm of torque. Shifting through the five gears with the gearbox was a true joy, as well. This year model also introduced the Bosch Motronic system, which was designed to ensure power and performance, as well as better fuel economy from the boxer engine. Of course, the Turbo variant changed things up.

Coupe vs. Cabriolet and Targa
The 1985 Porsche 911 Carrera was produced in three different body styles, including the coupe, the cabriolet and the Targa model. However, the coupe managed to gain the most traction in the market because the body was much more rigid. This offered better handling and performance, particularly around corners (Porsche’s perennial area of best performance). Both the cabrio and the Targa models suffered from greater body flex, as well as increased weight (not good things in a performance-oriented vehicle).

The Interior
Inside the coupe, drivers found a compact space that was nevertheless well laid out and quite accommodating. The seats featured fabric upholstery, with leather trim, or buyers could opt for the full leather treatment (this became a standard feature in later years and the fabric upholstery option was phased out). Other standard features included things like power windows and air conditioning. A power sunroof was also provided.
The only drawback to the 1985 Porsche Carrera 3.2 Coupe was the seating (although the four-speed gearbox wasn’t particularly popular). Yes, it offered two seats in the rear, but unless your rear passengers were small children, that space was better used for storing luggage or your shopping. In contrast, the two front seats were very supportive, and comfortable, and there was more than ample leg and headroom for even taller drivers.

Year-Specific Changes
The 911 ran for more than a dozen years in its “true” form (it actually had a much, much longer production run, but most buyers preferred the early 1970’s models, which are much more sought after and valuable today). Porsche updated the 911 each year. For 1985, the changes included central locking, as well as the use of a windshield-mounted antenna (as opposed to the older, fender-mounted style).