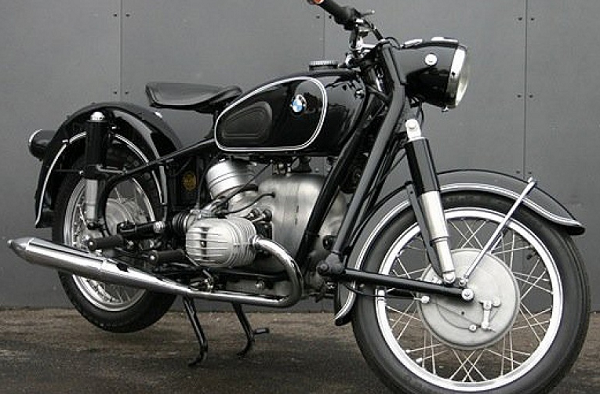 Learning about the BMW R50

While BMW might be more synonymous with luxury cars today, that hasn’t always been the case. The automaker got its start manufacturing airplane parts, a fact that is commemorated in the current hood emblem on their cars. However, they also had quite a presence in the world of motorcycles. The BWM R50 was one of the most iconic bikes to ever hit the road.

Differences Between German, American and British Motorcycles of the Era

There are many things that set BMW’s motorcycles apart from those produced in the US or the UK. For one, they were nimble and agile, much smaller and less “beefy” than those produced by American companies like Harley Davidson. That meant they were easier to handle, and designed more for performance than for “road thunder”.

They were also better performing than many of their British counterparts, which were marked by loud engines, and a very vibration-riddled ride. Many UK motorcycles also had a tendency to develop oil leaks. The R50, and other bikes from BMW, didn’t suffer from these flaws. Like the company’s cars, the R50 and later R50/2 and R60 were solid, high-performance machines marked by traditional German precision engineering.

The top speed wasn’t at all that impressive by today’s standards, when a motorcycle can attain 150 mph in a matter of just a few seconds. The R50’s top speed was just 87 mph, and it weighed 429 pounds. The engine, while noted as a 500 cc model, was actually a 494 cc OHV horizontally-opposed twin model that pushed out its maximum 26 hp at 5,800 rpm.

While the engine and speed were certainty part of the bike’s popularity at the time, it’s the style that keeps this aging motorcycle so popular with riders and collectors. It’s low-slung, with short, stubby handlebars and a large rear wheel cover. The motorcycle also had an optional side car available through the manufacturer at additional cost, which allowed you to carry another passenger or a small amount of luggage.

The headlight sat low, directly in front of the handlebars, and you’d find the speedometer mounted right to the back of the light. The fuel tank extended about ¾ of the length of the engine, before you came to the seat, which looked like it would be more at home on a bicycle than a motorcycle. Interestingly, both the headlight and the projecting tail light offered storage space for spare parts, or other items you wanted to take along on the drive.

Today, there are very few BMW R50 models left on the road. Most have been relegated to the scrap heap or sit in the garages of collectors, tributes to a bygone era.