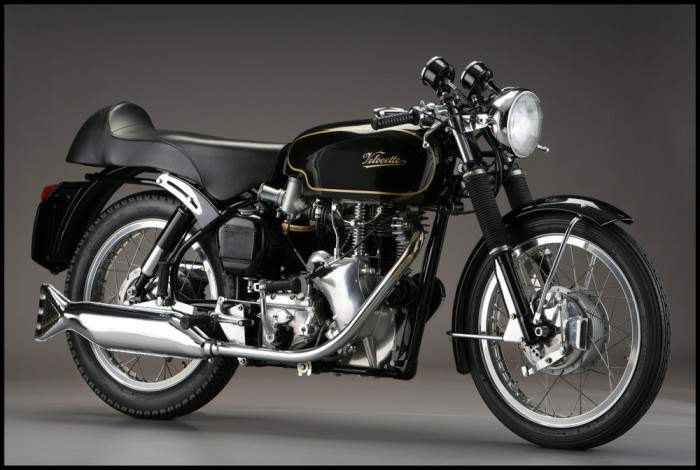 The name Velocette might have died out decades ago, but some of the company’s motorcycles can still be found. Of course, the name is legendary in British racing circles. Velocette was known for manufacturing quite a few performance bikes, including the Viper and the Venom. The Thruxton, which debuted in 1965 and stopped production in 1971, was the swan song for the company’s Venom pushrod single.

The Thruxton goes by many different names. Some call it the Thruxton Venom due to the engine used. Some call it just the Thruxton, while others insist on including the “Velocette” portion of the name. Whatever you call it, the motorcycle was a beautiful piece of engineering, seemingly out of place for its time of production.

Velocette got its start in the world of sporting motorcycle racing back in 1905. They successfully produced several different models and quite a range of engine options before closing in 1971, the final year of production for the Thruxton.

Velocette began with 250 cc two-stroke engines. Before they debuted their four-stroke K series engines in 1925, which eventually evolved in to the KTT series. From that point, Velocette went on to produce a 350 cc MAC engine, and then built on those capabilities. The next to debut was a 500 cc MSS, and several other models. The Venom engine was a 500 cc model that earned the distinction of being the first to ever maintain 100 mph for 24 hours at the Montlhery course.

The Birth of the Thruxton

The debut of the Thruxton came in 1967. The name itself actually stems from the Velocette Venom’s win at the Thruxton road race (800 miles). The bike was outfitted with a modified version of the 500 cc engine that powered the Venom, which produced 41 bhp and was capable of reaching a top speed of 110 mph.

Originally, the company designed the Thruxton to be an endurance racing bike, but only managed to produce just over 1,100 models before they closed their doors in 1971. The bike featured the company’s unique fishtail silencer, as well as a close-ratio gearbox and alloy rims.

Other differences between the Thruxton and the Venom included a different placement for the foot pegs. These were moved rearward in comparison to the older Venom style. The handlebars were a “clip on” type, and the company also added a twin-leading shoe front brake to the bike.

All models of the Thruxton were “production” bikes, meaning that they were available for purchase to consumers, rather than being strictly geared for the racing community. However, the bike was never really intended as a daily driver, and could be more than a little difficult under normal driving conditions.

The Problem for Collectors

Today, the Thruxton is one of the most popular bikes for collectors, but there are some problems here. The parts used between the Venom, Viper and Thruxton were almost all interchangeable, and many Venom models have been upgraded with Thruxton body parts. This means that there are quite a few counterfeit models being offered for sale on the market.