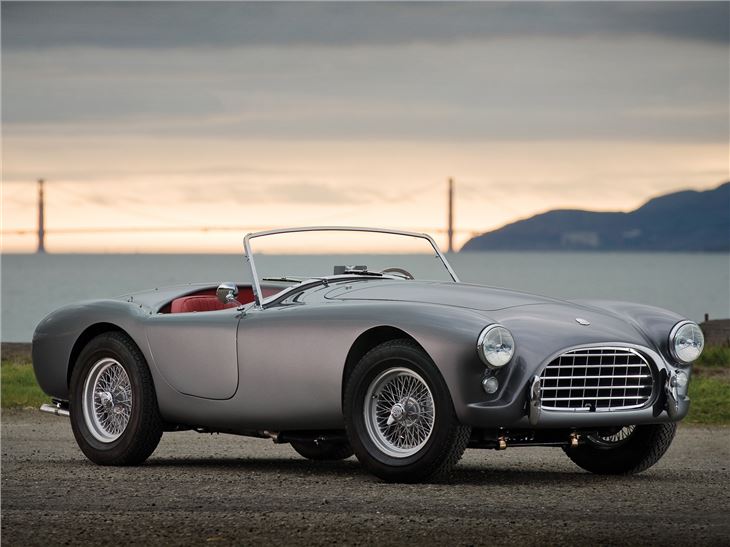 With its iconic curves and backward opening bonnet, there is no denying the fact that the AC Ace is a true automotive classic. While the body style would go on to be associated with Ford and the eventual Shelby Cobra, the earlier models are just as notable.

The Birth of the AC Ace

When WWII finally wound down, AC Cars managed to get back to manufacturing automobiles. Times had changed, though, and the company felt that consumers demanded something a bit different from what they had previously produced – a range of small, two-litre cars.

Ultimately, they chose a new chassis design from John Tojeiro that offered a unique form factor, combined with an independent transverse leaf spring suspension. The chassis was very light, thanks to its all-alloy construction. The resulting car was a head turner – a two-seater roadster that would come to be one of the most iconic vehicles of its age.

The 1953 AC Ace was outfitted with the company’s existing two-litre engine, which managed to produce 100 bhp and had a top speed of just 103 mph. it took over 11 seconds for the car to reach 60 mph. While it might have been acceptable for consumers seeking a fun weekend drive, the aging engine did little for those interested in a more sporting ride.

In 1956, a new engine was introduced. This was a two-litre straight-six engine capable of producing 120 bhp. It offered a top speed of 116 mph and slashed 0 to 60 mph times to 9 seconds. Overdrive was also introduced at this time. A year later, AC offered front disc brakes as an option. Within a short time, they became standard equipment, though.

Final production numbers are uncertain, but it is estimated that there were 729 AC Aces produced, with Bristol two-litre engines powering more than half of them.

The Aceca was the closed coupe version of the Ace. It entered production in 1954 and was manufactured until the end of the Ace run.

The chassis design of the AC Ace made it well suited to the world of racing. The engine sat well back toward the middle of the chassis, providing a great deal of stability. The Ace took honours at Le Man in 1957, 1958, and 1959.

While the AC Ace was produced for a full decade, the vehicle is quite collectable and even unrestored models can command good prices on the market. However, the most valuable versions are the AC Ace Bristol versions with the Bristol two-litre engine. These can command very high prices.