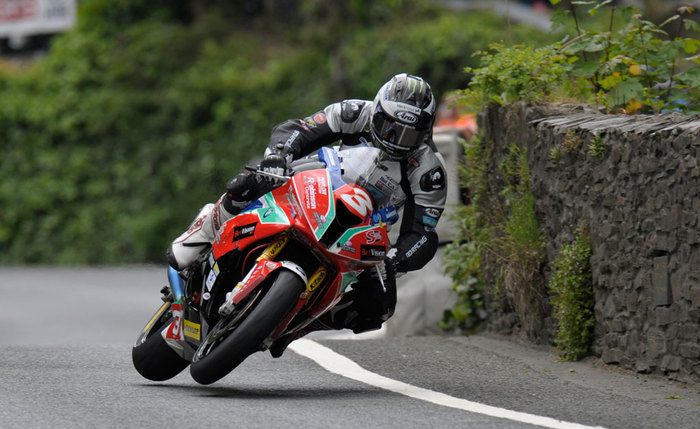 All About the Isle of Man TT

When it comes to motorcycle races, one name seems to stand out above all others – the Isle of Man TT. This iconic bike race dates back to the early 1900s, and is one of the most challenging in the world. There’s nothing quite like it anywhere else. The race itself spans 37 miles of mountains, filled with winding roads, hairpin curves, bumps, dips, jumps, walls, and more. 2016’s race will be held from the 28th of May to the 10th of June, with one week dedicated to training and the races beginning the following week.

The History of the Isle of Man TT

The Isle of Man TT is one of the most historic races in the world, dating back to 1907. There have been 96 races as of 2015 (with 2016’s race slated to be the 97th). It was suspended for five years in the 1940s due to WWII, but recommenced in 1947. From 1949 to 1976, it was part of the FIM Motorcycle Grand Prix World Championship, but that ended due to competitor complaints that the course was too challenging. From 1977 onward, the Isle of Man TT become part of the TT Formula 1, Formula 2 and Formula 3 World Championships. This lasted through 1990.

Today, the Isle of Man TT remains one of the most hotly contested races in the world, and also one of the few motorcycle races that draws thousands of spectators for a full two weeks. It features speeds approaching 200 miles per hour, with the fastest lap ever recorded by John McGuinness in 2015 (a hair over 17 minutes at an average speed of 132 mph). Michael Dunlop holds the overall race record, with completion in just an hour and 45 minutes at an average speed of a little over 128 miles per hour.

There are several different races that comprise the event, including the following:

The Mountain Course is a huge draw for both competitors and spectators. The race takes place on public roadways, which are closed for the racing events, as well as for practices the week prior to the racing. The course starts at Douglas in the southeast, and then runs through Ramsey in the northeast and back to Douglas. Overall, there are more than 200 bends riders must navigate while climbing from sea level to 1,300 feet in the mountains and then back down the sea level once more. Due to the high speeds and the immensely challenging course, the Isle of Man TT has seen 141 fatalities since its inception in 1907.

Whether you’re planning to attend as a spectator and enjoy the amazing racing and the carnival atmosphere, or you’re thinking about fielding a motorcycle yourself, the Isle of Man TT is an incredible event. It remains one of the most prestigious races in the world, and one of the most challenging to complete, much less win.