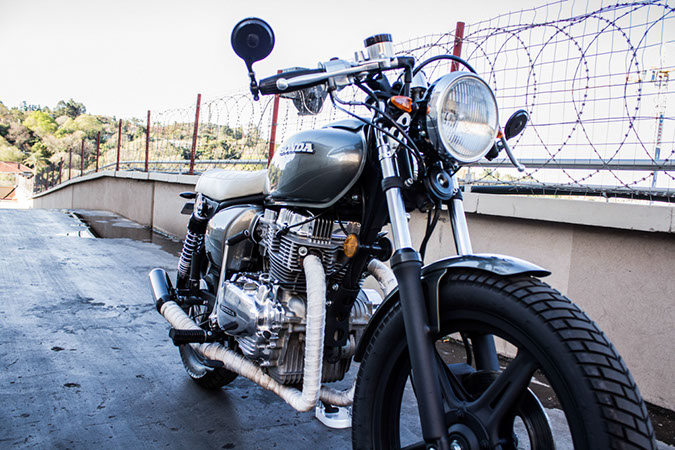 Chasing the Dream: The Honda CB400T

Dubbed “the Hawk” in the US and known in the UK as “the Dream”, the Honda CB400T ultimately became a very popular motorcycle with a range of different riders. While it was initially met with scepticism, critics were soon silenced. Today, it remains a popular bike to restore, as well as for actual street riding.

Sold in the UK only during 1977, the Dream was the descendant of both the CB360 and the CB400F. However, the fact that the bike actually had two fewer cylinders than the 400F meant that the press wasn’t all that enthused about it, at least in the beginning. The following year, the bike was replaced with the CB250N and the CB400N Super Dream.

Powering the Dream was a 395 cc, air-cooled engine. It featured a single overhead cam and used three valves per cylinder. It was capable of reaching just over 108 miles per hour, and provided 34 bhp with 21.03 lb-ft of torque. The transmission was a chain final drive affair with five speeds, and the engine utilised two carburettors. Mass reduction and improved ground clearance were achieved by using the engine as a “stressed member” and mounting it in a steel diamond cradle frame.

Another unique aspect of the Dream was the crank layout, which used a 360-degree system. Most bikes of the day used a 180-degree layout instead. This was due to the fact that most 360-degree systems caused a great deal of unwanted vibration. Honda got around that with the Dream by using counter rotating balance shafts. However, this did force the company to move away from the conventional points ignition system, replacing it with a capacity discharge ignition that gained a reputation for being finicky and requiring significant maintenance.

The Dream was pulled from dealerships within six months of hitting UK shores. It was replaced with the Super Dream, which went on to be sold for a full eight years. Due to this extremely short life, very few Dream models are still available, making it a prime candidate for collectors and restoration.

Despite its brief availability period, the Dream gained a reputation for reliable performance, but also for versatility and a surprising amount of rider comfort.

As it is descended directly from the Dream, the Super Dream deserves some mention here. It differed from the Dream in a number of ways beyond its popularity, and actually sold more than 70,000 models in Britain.

Like its older sibling, the Super Dream used an air-cooled, single overhead cam engine with three valves per cylinder. It also retained the capacitor discharge ignition system and 360-degree ignition layout, which was actually preferred as it was similar to the systems used in traditional British bikes. Unlike the Dream, it used a six-speed transmission, and featured twin front disc brakes.