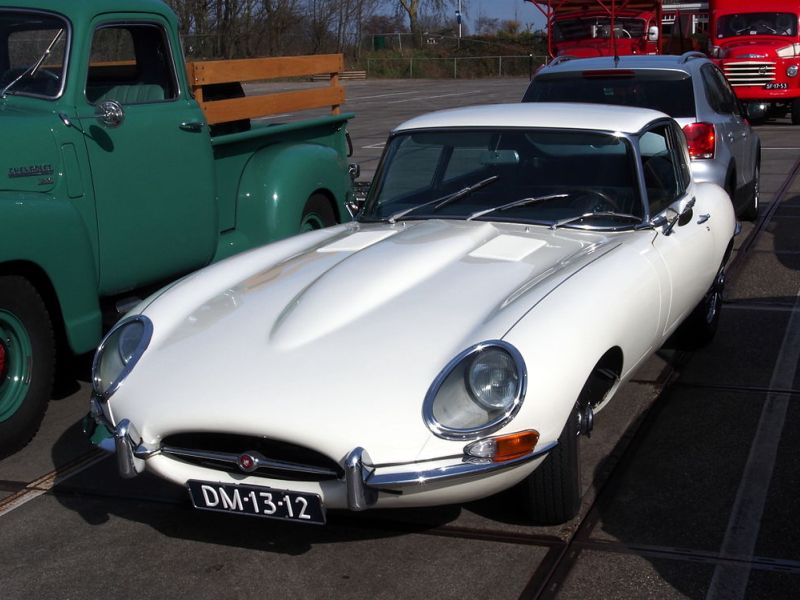 While Jaguar might have been a troubled automaker for the past decade or two, being sold, and then sold again, the company was once a powerhouse in the British automotive scene. While there are many examples of popular models from the automaker, it’s the Jaguar E-Type that most often comes to mind when speaking of classic British sports cars.

The Birth of the E-Type

The E-Type, or XK-E for those across the Pond, was first designed and manufactured in 1961. Upon seeing the car, Enzo Ferrari called it “the most beautiful car in the world”. There’s no denying the original’s aesthetic appeal, either. Production would run for a full 13 years, finally ending in 1975.

The first run of the E-Type was designed in several configurations – a two-door fastback coupe, a two-door 2+2 fastback coupe, and a two-door roadster. Early models in the production run had flat interior floors, and two latches on the outside of the bonnet that required a special tool to open. Not long into production, this configuration was changed. The floors were redesigned to provide more legroom, and the bonnet latches were moved inside.

The Jaguar E-Type started life with a 3.8-litre inline six-cylinder engine that was capable of putting out 265 horsepower, with a top speed of 150 miles per hour. It also offered a 0 to 60 mph time of 6.4 seconds. Considering that the car weighed less than 3,000 pounds, it offered significant performance, and came at a relatively affordable price.

In 1964, the engine was replaced with a larger 4.2-litre affair.Interestingly, it had the same horsepower and top speed as the smaller engine,but provided greater torque for better throttle performance.

Jaguar ended the production run of the Series I E-Type in 1967, and began production of the Series II version in 1968. This model saw a number of changes, largely because of new legislation applied to models exported to the US. The E-Type lost the glass housings over the headlights, and gained a rear bumper that wrapped all the way around the back of the car.

A wider grille/intake area was designed in the front to improve air flow and cooling for the engine. Perhaps most importantly, the Series II saw a shift from the three-carburetor setup to a two-carburetor affair. This effectively reduced horsepower to 246 hp, and dropped available torque to 263. This model also lost the push-button start in favour of a steering column mounted ignition switch(keyed).

Series III marked the end of production for the E-Type, and ran from 1971 to 1975. This version used a 5.3-litre V12 with 254 horsepower, and a top speed of 135 miles per hour. It also featured significant exterior design changes, including a large front grille and bumper projections to the left and right of the grille.

While production ceased in the 1970s, Jaguar decided to revive the model in the 2010s, and they are currently available for special order only.