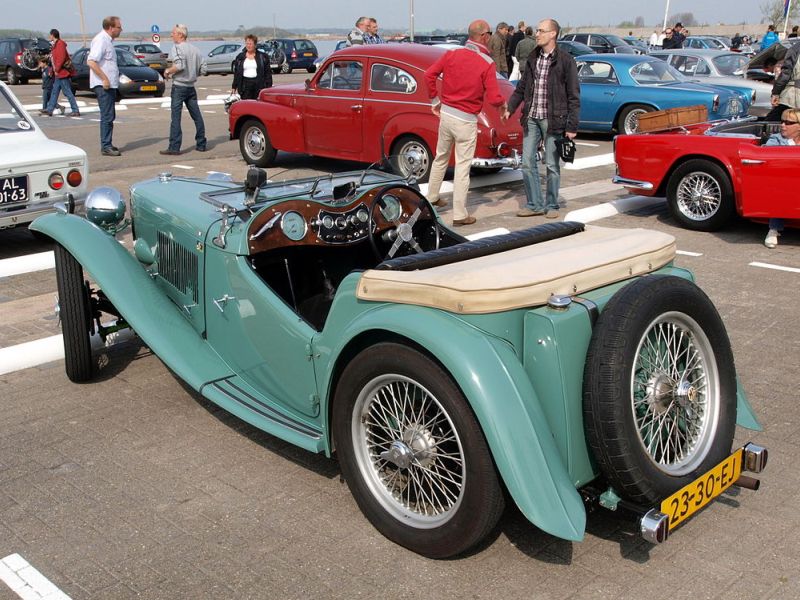 When you think about the MG brand, what’s the first car that comes to mind? Chances are good it’s the Midget, which gained considerable acclaim. However, there are those for whom the TC is the first marque they remember. A classic two-seater, the MG TC embodied the sports car heritage of the T series very well.

The Birth of the MG TC

While the T series itself dates back to 1936, when the MG TA was introduced, the TC would need to wait until the end of WWII to enter production. Technically part of the wider Midget family, the MG TC marked the first new model the automaker produced after the war, and debuted in 1945.

In many ways, it was similar to its predecessor, the MG TB. It shared the same inline four-cylinder engine, as well as some of the overall styling of the older car, although the new model was slightly wider at the rear of the cockpit. However, the TC featured a higher compression ratio than the TB, and was able to enjoy 54.5 horsepower. It also came with a four-speed transmission,as well as hydraulic drum brakes and a steel body over a wooden frame. The TC was also made available with a number of tuning options to accommodate for a variety of uses.

The TC gained quite a bit of popularity thanks to its performance. The TC offered a 0 to 60 mile per hour time of 22.7 seconds and a top speed of around 70 miles per hour, which was considered very good during the period.During its production run, over 10,000 vehicles were manufactured, making it the highest-production MG to that point.

It was so popular that many of them were manufactured specifically for shipment to the US, although they remained right-hand drive and trans-Atlantic shipments of the TC did not begin until 1947, two full years after the car entered production, and just shy of three years before it would cease. Many cite the TC as the car responsible for introducing the American market to sports cars, although racing had been going on in the US as long as cars had been on the road.

The MG TC would be manufactured for only five years. Production ceased in 1950, when it was replaced by the TD Midget. Interestingly, the TD was very similar to the TC in aesthetics, and it also shared the same drive train,although the rear axle was modified. However, the body was markedly wider than the outgoing TC.

While there are more collectable MG models on the market, the TC remains a perennial favourite thanks to its clean lines and inimitable styling. It can be found at auction in all conditions, although it’s recommended that only those in good or better condition be considered for purchase. Additionally, it should be noted that the ash wood frame has a tendency to rot, so if for those considering investing in a TC for serious restoration, it’s imperative that the frame be checked thoroughly prior to making any decision.