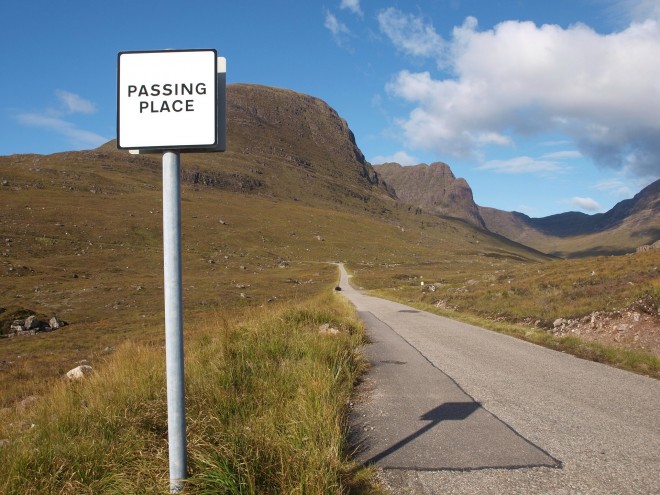 Ready to hit the road and experience some of the most rugged landscapein the UK? Whether you’re interested in hairpin turns, or exploring ancientruins, this tour has something for just about everyone. You’ll start atinverness, and run past Caithness, and ultimately Wester Ross before finishingyour tour.

While the route we’ll describe is one of the most isolated in the UK,it’s best to be prepared for the unexpected. This is particularly true when itcomes to cattle or even deer in the roadway. With that being said, it’s anincredible escape from the rigors of urban living. We recommend taking thisroute during the late spring, summer or early fall. Winter travel can be achallenge, and some areas of the track may not be accessible during the winter.

As a word of warning, this is a lengthy tour lasting between four andseven days. There are very few accommodations along the route, and you will notbe the only traveller(s). Make sure you plan ahead and book your rooms as soonas possible. You might find that you’ll need to book several months ahead oftime. The most crowded time of year is high summer, but the rest of the year,the area will be largely deserted.

The route you’ll cover runs 805 km, most of it being single-trackroadways with the occasional passing place available (denoted by signs). You’llstart your trip at Inverness and the Black Isle, and then move north andwestward toward Caithness. Along the way, you’ll experience some of the best ofScotland’s ancient ruins, including several castles, as well as beaches andsome unique fishing villages. If you’re a fan of whisky, stop at one of theseveral small distilleries you’ll pass to sample their wares.

The villages you’ll pass include Dornoch and Wick on the eastern coastto Poolewe and Garloch in the west. The road leads you underneath the LochMaree peaks on the west, as well. Ultimately, you’ll reach the Bealach na Ba,which winds across the Applecross peninsula and delivers some interestingdriving challenges.

The hairpin bends are perhaps the most important thing to watch forhere. Also, if you’re a fan of history, you’ll want to stop and experience theancient cattle pass at the top. Note that this area is often impassable duringthe winter, so you’ll need to schedule your trip accordingly. It’s also worthnoting that you’ll need a vehicle that handles well to take on the Bealach, andthat motorhomes are not allowed on the road during any season.

When it’s all said and done, you’ll have traversed over 800 kilometresof Scottish coastline, including some of the most rugged coastline in theworld. Take your time during this lengthy tour, as there’s a great deal toenjoy, whether that’s shopping in a quaint village, touring an ancient castle,or simply enjoying the austerity of the landscape.